THE FREEDOM TO BE FREE: A Perspective on Independence

Ah… this week we celebrated the widely cherished Independence Day – the day Americans commemorate as the day the United States established itself as a free and independent nation.

To some, it might be a day of fireworks and all that good stuff. But for Christians, it is a time to think about “What it means to be Free.”  To most people, Americans might just be the most vocal group of people when it comes to the topic of freedom. Freedom of speech, freedom to act, freedom to do whatever one desires so long as it is morally right.

But freedom itself is a topic of subjectiveness. Especially when it comes to women’s freedom. Think of how women were subjected to social stereotypes back in the days before feminism and the Women Right’s movement came into play. But today, we have more and more women entering places of higher management and equal opportunities. By far, we still have a long way to go arguably, but we are definitely in a better position than before.

So to celebrate what this day means to all of us - and what it should mean especially to Christians, be they in America, or anywhere else in the world - we explore 2 learning points from this occasion that we can pick up in our following of our Lord, Jesus Christ.

Point 1: Rather than just celebrating Independence Day as a day of fun and eating (which it is), it is a day to commemorate our vision of being Free.

Many Christians know of the story of the Israelites – heading to the promised land of Canaan. The Exodus was a tough and enduring process that took them 40 years before they could finally reach a land that they could call their own.  Why did they leave Egypt in the first place? Because they were oppressed: and did not have the freedom of choice. Life then, is not worth living when you can’t follow your heart, and in our case, Christ.

Today, this is happening.

Whilst Christians around the world are still being biased, oppressed and hated for following Christ, in a similar way we have overcome this barrier to be able to pick up the cross openly without fear of being subjugated.

Shockingly, a Pew Center report in 2014 reported that “Christians continue to be the world’s most oppressed religious group, with persecution against them reported in 110 countries.” In the same way we find ourselves like the Israelites, seeking a place to practice our faith. Seeking independence.

Learning point: Independence is not something that is given by default because of the powers that may be. Thus, independence once earned, should be cherished, and celebrated for the might that it took us to get here today.

For over 100 countries that have Christians being oppressed, we, American Christians, should be grateful that we have the freedom to choose our faith, and we should be joyous that we get to enjoy this right.

Point 2: Ultimately, we have to embrace Independence as the basis and fundamental right; without it we cannot hope to progress.

Galatians 5:1 - For freedom Christ has set us free; stand firm therefore, and do not submit again to a yoke of slavery.(NIV)

Slavery was once our tool; and we proudly used it. But on hindsight now, that was never going to bring us forward as a nation. Dividing people into those who supposedly have their own rights, and those that do not will never work out for any marriage, company, or country.

Independence Day to some extent represents this progression. Even though it is a representation of the autonomy of our states, it represents our forefathers’ envisioning of a society and world where everyone truly has an opinion of his/her own, and respects the others’ independence too.

It is only with true independence, and the ability to promote thought and challenging presumptions can we move forward as a species. Even for women - arguably once we had our equal say in society, and when what we said started to matter - things changed; many a times for the better.

But it can only work if we start to appreciate what independence really means, and we respect each others’ independence, be it in thought, faith, or work.

Learning point: Christ gave us the power of choice, whether or not we want to pick up our cross and follow him, or to submit to the “slavery” that our society is stereotyped to be. Although Independence is given to us; it does not mean we can’t choose to go the other way, and stray away from Him in the process.

The Global Christian Professional Women’s Association (GCPWA) is a not-for-profit organization that exists to foster the professional and spiritual needs of Christian and professional women globally.

We believe Christian professional women are leaders – they are the key drivers of the advancement of the Kingdom of God and integral to cultivating a thriving economy. As a leader you have a tremendous responsibility to be the best that you can be so that you can achieve your highest potential.

GCPWA was created to be the leading resource in serving and advancing Christian professional women. Your membership unlocks 24 hours a day, seven days a week access to innovative educational tools, informative resources, spiritual support and development, and insightful conversations with your peers worldwide. 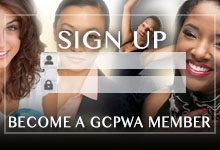 Register and Learn More about our GCPWA Annual Conference 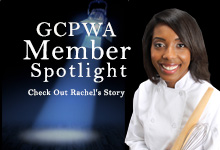 Become a Member Refer a Friend Register Your Business

To educate, encourage, and empower Christian professional women to live their best life.